Despite eight years of development and three delays, players were expecting much on the quality on CD Projekt Red’s Cyberpunk 2077 Xbox Series X performance. While the game may be far better than base consoles like Xbox One and even PlaysStation 4, the game’s PlayStation 5 version has a higher frame rate.

While Cyberpunk 2077 generally looks much better in PCs than in consoles, we have compared the Cyberpunk 2077 Xbox Series X performance versus Xbox One and PS5. Read on to learn more. 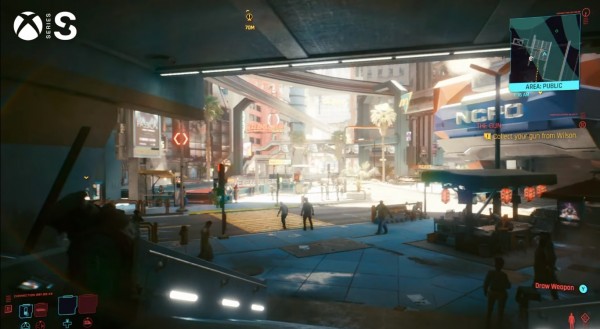 According to Screen Rant, players who focus on getting better experience may achieve it with PlayStation 5 as the Xbox Series X version falls a little short in the frame-rate, although variable refresh rate display can do the trick. However, those who are already happy with 30 frames per second, the next-gen Xbox provides great visual quality along with additional vehicle/NPC density and graphical effects.

It is quite surprising why the two consoles do not get the same features, but it may be due to how backwards compatibility is executed in the platform, particularly in Xbox One and PS4. Xbox allows new Xbox One games to run on Series consoles, which would lead to exclusive features in the future.

However, Cyberpunk 2077 in consoles is incomparable to how great the game looks with most advanced gaming, although the Xbox Series X version will have better resolution than PlayStation 5, which enjoys higher frame rates.

For PlayStation, it is not clear which options are available in Cyberpunk 2077, although the unlocked frame-rate seems quite similar to the Ghost of Tsushima when run on PS5 hardware. The Cyberpunk 2077 PS5 version has similar dynamic resolution output as that on PS4 Pro, although it gets higher frame rate targets averaging between 50 and 60 fps. 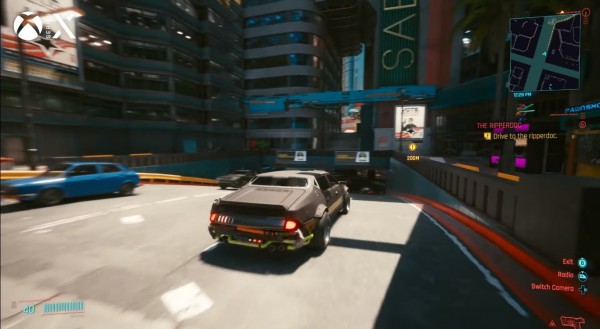 For Cyberpunk 2077 Xbox Series X, the dynamic resolution is higher than PS5 and other last-generation consoles. The Series X can somehow match the frame rate in PS5, but it gets more noticeable drops even in Performance mode.

Meanwhile, the Xbox Series S cannot match the high frame counts of either the Series X or PS5, although it offers sheer consistency, which is perfect for players who does not to get frustrated while playing Cyberpunk 2077 .

Read also: ‘Cyberpunk 2077’ Best Cyberware Locations Guide: Where to Find Them ALL and What Upgrades to Have

As Xbox Series X offers backwards compatibility, it also shares a lot of features for the Xbox One X. It also allows players to choose between performance and quality modes, which are not available on the base console.

Performance mode runs with an unlocked frame-rate up to 60 frames per second and provides 1080p, although it still falls behind PlayStation 5’s output. However, the city density in terms of vehicle count and NPC appears clearer on Series X that runs with higher settings.

Redditors feel bad on those who got the base consoles like Xbox One and PS4. One member said that the Xbox One is not even getting a stable 20 FPS. “Feel really bad for the people who bought it on the base consoles, no wonder they refused to provide footage for that,” GensouEU commented in the subreddit r/games. Another user replied that reviews without the actual gameplay during the pre-release are massive red flag.

Patorico78 said while there is high demand for Cyberpunk 2077, it “is probably the worst-running game” on the Xbox One or PS4. “There is no excuse for this game to drop at less than 20fps when all other AAA games hold a stable 30fps,” Patorico78 added.

In contrast, Eurogamer noted that Cyberpunk 2077Series X’s quality mode may offer best console experience with an output frame-rate of up to 30 frames per second. However, its resolution is dramatically increased as it works at around 1512p while in the city. It could even reach more than 1728p in simpler scenes.

Meanwhile, its visual response is lower and latency higher. Nevertheless, players may improve the image quality by dramatically increasing the pixel count. Since Cyberpunk 2077 heavily uses temporal super-sampling, the current frame is based on past frames. This means if previous frames have higher resolution, the current frame will gain higher compound resulting in a more attractive, less blurry and grainy game.

Nevertheless, players can expect for more enhancements to come, including the ambient occlusion, which is neither present in Xbox Series X performance mode or in the PS5 version.

Tue Dec 15 , 2020
Tesla Tells California Employees to Shut Down Model X and Model S Production for 18 Days Starting Dec 24  ( Screenshot From California Phantom YouTube ) On the very same day that Elon Musk, the Tesla CEO announced to his employees that they will need to increase their production “as much as […]