China is allegedly working on a super-advanced jet engine that could be 16 times faster than the speed of sound! Beijing researchers claimed that it can be used to travel the world in just two hours! 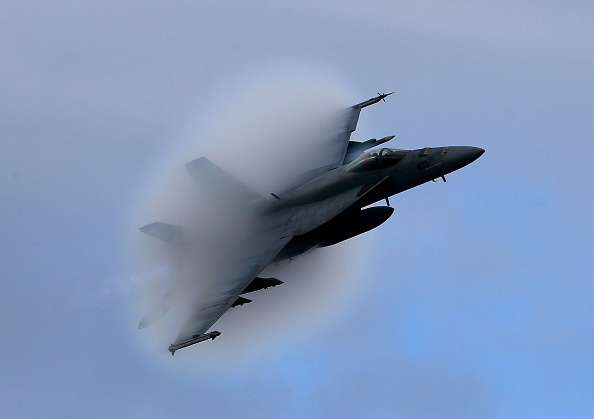 (Photo : https://www.gettyimages.com/detail/news-photo/super-hornet-creates-a-vapor-cone-as-it-flies-at-a-news-photo/500860230?adppopup=true)
A F18 Super Hornet creates a vapor cone as it flies at a transonic speed while doing a flyby of the USS Eisenhower off the coast of Virginia, December 10, 2015 in the Atlantic Ocean. US Defense Secretary Ash Carter visited the carrier with India’s Minister of Defense Manohar Parrikar to demonstrate US Navy aircraft carrier flight operations.

The Daily Mail UK reported that the new “Soramjet” engine has been successfully tested in a Chinese tunnel. It can also be scaled up and installed into commercial planes, allowing the aircraft to travel any part of the world in less than two hours.

Beijing researchers, who led the new project, explained that it can be used in planes that launch from a traditional runway. It can power these planes as they fly into orbit and land at an airport after re-entering the planet’s atmosphere.

Will it be used to carry military weapons?

According to MSN‘s latest report, if this jet engine is completed, there’s a chance that it will be used to carry devastating military weapons. However, China hasn’t released any update on when and what will it be used for. 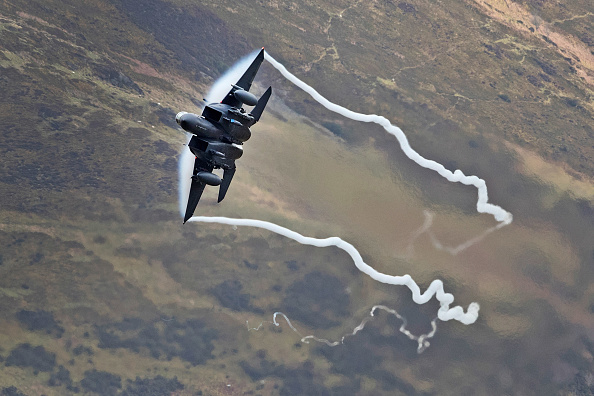 (Photo : Photo by Christopher Furlong/Getty Images)
A United States Air Force F-15 fighter jet based at RAF Lakenheath speeds through the Dinas Pass, known in the aviation world as the Mach Loop on February 16, 2018 in Dolgellau, Wales. United Kingdom. The Royal Air Force and aircraft of the United States use the valleys of Snowdonia to practice low flying techniques and pilot training. The mountain peak vantage points attract aviation enthusiasts from all over the world who hope for a glimpse of their favourite military aircraft spending days waiting for the un-published and un-scheduled fly pasts.

Also Read: US and Australia Allegedly Working Together to Build Hypersonic Missiles Under SCIFiRE! Here’s Why

Speaking of completion, South China Morning Post stated that the experiment was a success and the engine was working accurately and steadily. The flight tests were conducted at the JF-12 shock tunnel, which is located in Beijing.

The scientists were able to complete the flight tests by using different approaches to scramjets, the other known form of hypersonic jet engines.

The new Soramjet was reportedly consisting of a single-stage air inlet that directs air into the combustion chamber. This part will ignite the on-board hydrogen fuel. Jiang, the leading professor in the team, said that the Soramjet engine is a success, compared to the usual scramjets since it was able to function at up to Mach nine conditions. Scramjets currently have a limitation of Mach seven.

However, there are no detailed reports about the new technology since anonymous experts said that the publications are vetted heavily. This will ensure that no information will be leaked outside China.

Tech Predictions 2021: Technology Trends That Might be Coming Next Year

Sat Dec 12 , 2020
The COVID-19 pandemic that struck the world early this year has changed many things and affected people’s way of life–and even technology. So, how will this year impact the technological trends we will see in 2021? (Photo : Gerd Altmann from Pixabay)Extended use of artificial intelligence and machine learning are […]